It’s not uncommon for big cities in the U.S. to go by more than one nickname. New York is the Big Apple and the City That Never Sleeps, New Orleans is the Big Easy and Crescent City, and Miami is the Magic City and 305. The same rule applies for Boston, Massachusetts. Over the years the city has been given many monikers, including America’s Walking City, the Athens of America, the Cradle of Liberty, and the Hub. Yet, arguably the most widely known nickname is "Beantown." While not altogether popular among Bostonians, it’s one that has stuck, especially with tourists. Here’s the story behind how Boston came to be called "Beantown." 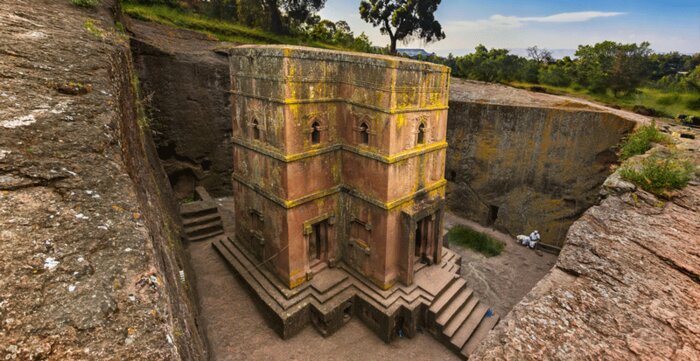 It Started With Native Americans

Before digging any deeper, the simple answer is that "Beantown" refers to the local popularity of baked beans. This worldwide dish has many variations, with the Boston version being navy or white pea beans sweetened with molasses and baked on a low heat for several hours. But how did it become so highly regarded in New England? The first people to prepare this meal are believed to be Native Americans. Instead of molasses, they used maple syrup, and added bear fat to create the sauce. Venison, fish, and corn may have been added for extra flavor, too. The mixture was placed inside earthenware pots and cooked underground using hot rocks.

In 1620, the Puritans (a.k.a. the Pilgrims) arrived from England and established the Plymouth Colony in what is now southeastern Massachusetts. They learned how to make baked beans from the area's Native Americans, eventually adapting the recipe to suit their own tastes and make use of the ingredients available to them. With settlers struggling to cultivate the land, beans were a household staple throughout New England from the 17th to early 20th centuries. Pilgrims observed the religious practice of Sabbath and didn’t work or prepare hot meals on Sunday. So, on Saturdays, baked beans were prepared and left overnight in still-hot brick ovens to eat the following day for breakfast.

Two notable changes the Pilgrims made to the Native American recipe was replacing maple syrup with molasses and bear fat with salt pork. This combination is what later became known as Boston baked beans. Sailors and traders arriving in Boston were said to have been amazed by the popularity of beans — the nickname "Beantown" was born.

From the late 19th century, Boston began to embrace the Beantown nickname. Major League Baseball franchise Atlanta Braves started life in Boston and went through several name changes; one was the Boston Beaneaters, first coined by sportswriters in 1883. For a Civil War Veterans convention in 1890, the Beverly Pottery Company handed out souvenir bean pots. If asked about the origin of the pot, a recipient was told to say it came from "Bean Town."

Another — and perhaps the most significant — boost for the nickname happened at the 1907 Old Home Week. This was one of a series of annual reunion events that encouraged New Englanders to return to their hometowns. Organizers commissioned and distributed about a million commemorative stickers for the reunion that featured the image of a handshake above a bean pot. Soon after, the city began to create postcards with bean-inspired slogans alongside pictures of the cherished dish. The most famous slogan was, "You Don’t Know Beans Until You Come to Boston."

Beans remain an indelible part of Boston culture, and "Beantown" is immortalized in the names of coffeehouses, pubs, restaurants, and other businesses. In the Downtown Crossing district is the Beantown Pub, where you can have your sandwich served with a side of — you guessed it — homemade Boston baked beans. The state of Massachusetts got in on the act by declaring the baked navy bean as the state’s official bean in 1993. Browse the shelves of convenience stores and supermarkets, and you’ll find cans of Bush’s Boston Recipe Baked Beans and boxes of Boston Baked Beans candy coated peanuts.

Bostonians, however, rarely use the nickname themselves, and there’s many that aren’t fond of it at all. In a recent poll, it ranked in the top five most annoying city nicknames in the country. Like it or not, it seems that Beantown is here to stay.