Since 1776, Americans have been busy adding new states to the United States. It all started with the 13 original colonies, but over the course of 183 years, the U.S. expanded from sea to shining sea. Everyone knows that Alaska and Hawaii are the two most recent state additions to the country. Here are the five newest continental states. 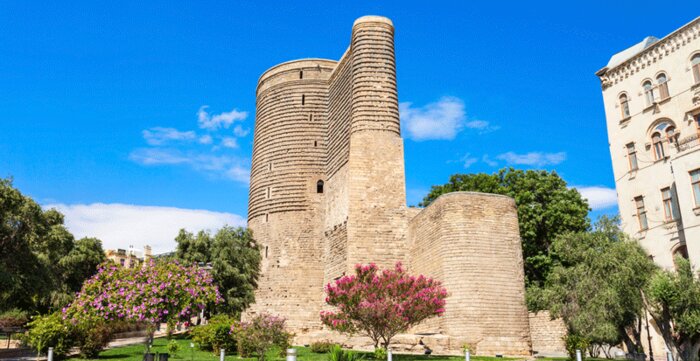 Test your knowledge!
Where is the centuries-old Maiden Tower?

Humans have lived in Wyoming for over 12,000 years. Most prehistoric cavemen were large game hunters who traveled the plains to hunt bison and mammoths. Eventually, these human populations became the various Native American tribes that inhabited the area before the Europeans traveled across the continent from the east.

John Colter was one of the earliest European explorers to visit the area in 1807. During his travels, he took note of the incredible mountains, steaming geysers, and impressive waterfalls in the area that later became known as Yellowstone National Park. Several settlements and towns were established during the 1800s, but talks of statehood didn’t start until the late 1880s. Wyoming became the 44th state in 1890.

Utah became the 45th state in 1896, but talks of statehood began almost half a century before that. Mormons were the initial settlers of the area. They fled to the Salt Lake City area to find religious and political freedom. At the time, the region was simply known as the Utah Territory. The Mormons believed that statehood would guarantee them the rights they were looking for.

Statehood petitions were submitted to Congress in 1850, 1856, 1862, 1867, 1872, and 1882. Each time, the petition was denied for the same two reasons. First, Congress thought that the region was too large for such a small population to govern and second, the Mormon practice of polygamy went against the ideals of the conservative Christian majority in Washington, D.C. Finally in 1890, the president of the Mormon Church officially disavowed polygamy. From that point on, it was smooth sailing to statehood, which was made official in 1896.

To push the decision in their favor, thousands of non-Native American settlers moved into the Indian Territory in 1889. By 1900, whites outnumbered Native Americans six to one. With the extra noise they could make in the government, they began to push for joint statehood. Worried that the Indian Territories would join the Union as a democratic state if they followed the double statehood plan, Republican President Theodore Roosevelt signed the Oklahoma Enabling Act in 1906, which allowed the creation of a state constitution and the merging of both territories into one unified state in 1907.

In 1821, Mexico won its independence from Spain and made New Mexico a Mexican province. Shortly after, trade was reopened with the United States. It didn’t take long for American settlers to arrive in New Mexico and set up shop, but the peaceful relationship didn’t last long.

In 1846, the Mexican-American War began. An American general captured the New Mexico capital, Santa Fe. When the war was over, Mexico ceded the entire territory to the United States in the Treaty of Guadalupe Hidalgo. By the end of the century, the Santa Fe Railroad brought on a ranching boom in the area that lead to a massive increase in population. With the newfound wealth, New Mexico became an official state in 1912.

When the New Mexico Territory was ceded to the United States at the end of the Mexican-American War in 1848, it included some land that is now a part of Arizona. Since the territory was so large and the government offices in Santa Fe were so far away, the westerly reaches of the territory fell into lawlessness. Residents began to petition Congress to make a separate territory so that it could govern itself, but it didn’t amount to anything.

When the Civil War broke out, residents of the western reaches of the New Mexico Territory saw another opportunity. They decided to withdraw from the United States and join the Confederacy separate from New Mexico. When the Confederate army arrived, they decided to divide the New Mexico Territory at the 34th parallel, which granted the newly-dubbed Arizonians their wish for independence. When the war was over, Arizona retained its independence from New Mexico, although it was still technically a territory. Arizona finally earned its statehood just a few months after New Mexico in 1912, which made it the final state added to the continental United States.