Most of the 50 states fit together like a jigsaw puzzle. Some states in the Midwest and the Pacific Northwest are large and squarish, while those in the Northeast are smaller and jagged along state lines. In some cases, it seems as if the state boundaries were drawn by someone in a car on a bumpy road. Was there actually a method to the madness? 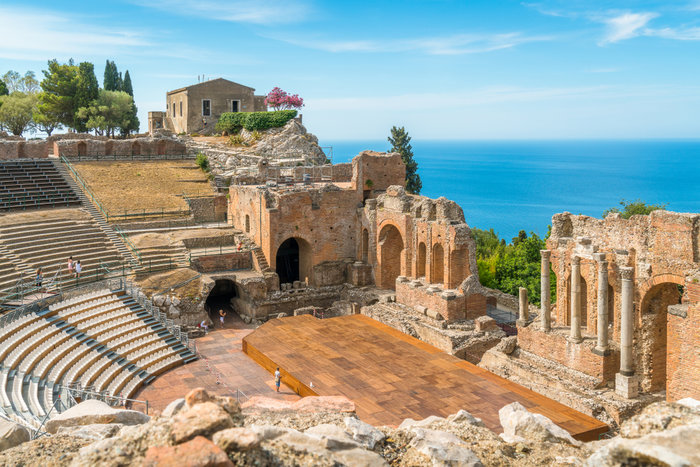 When you look at a map of the United States, you might notice that the states to the east are more oddly shaped than states out west. This is because the older eastern states were originally colonies of Britain. When the British began to draw out a map of their new territory, they weren’t concerned with ensuring each colony was the same size. Instead, they used geographical boundaries such as rivers to determine the borders of the different colonies.

After the American Revolution, Thomas Jefferson was responsible for reshaping the states. He believed that all of the states should be equal, not only in terms of power, but also in size. He wanted to create new boundaries for the states based on latitude and longitude.

Jefferson decided that state boundaries should be drawn on a grid of two degrees latitude and four degrees longitude when possible. He was determined to ensure that every state would be a 138-mile by 276-mile rectangle. Of course, that never happened for the eastern states, but his idea did impact the boundaries of western states later on.

As western states were added, they adopted grid-driven borders. Kansas, Nebraska, and the Dakotas, for example, are all three degrees of latitude tall, while mountainous states like Colorado, Wyoming, and Montana are four degrees of latitude tall (276 miles). Further, some of those states — Colorado, Wyoming, the Dakotas — are all also seven degrees of longitude wide. These coordinate-based borders are why most western states have almost straight line borders.

Influence of Canals and Railroads

As methods of travel advanced, rivers became less important to the infrastructure of the country. Instead of mapping state boundaries based on natural borders, they started to follow canals and railroads. The Erie Canal was the major influence on the shapes of some of the eastern states, while the cross-country railroads impacted the borders of some western states.

After the Louisiana Purchase in 1803, millions of square miles of land were added to the U.S., which also meant the creation of new states. A line was drawn across the country at the latitude 36°30′. This “line in the sand” is what created the northern borders for Arkansas and Oklahoma and southern borders of Missouri and Kansas.

Since Jefferson was so adamant about states being equal in power and size, it seems strange that California and Texas are so much larger than the other states, right? This is because they were independent countries before they were annexed by the U.S. and their borders were already established. Due to the political and economic power these states held, the U.S. government was basically forced to accept the preexisting borders for fear of them seceding from the nation.