From witnessing black-and-white orcas “spyhopping” (popping their heads up to look around) in the harbor to seeing magnificent blue whales breach, catching sight of these extraordinary sea mammals is on many people’s bucket lists. Whale-watching is an unforgettable, once-in-a-lifetime experience, but you have to know where to look. Here are nine of the best places to spot these incredible animals. 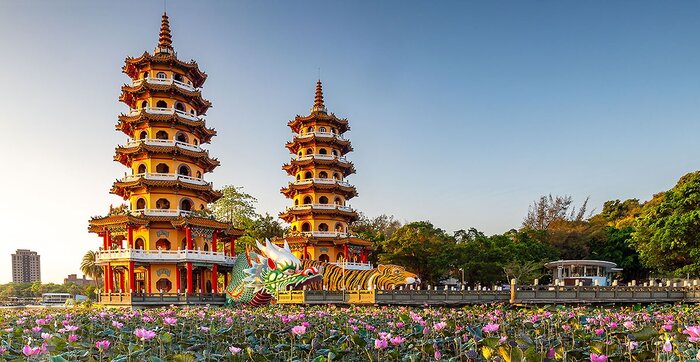 If you want to see orcas, or killer whales, one of the best places for a sighting is the western coast of San Juan Island, one of the islands in the Salish Sea between Washington and Vancouver Island, British Columbia. Three pods of southern resident orcas (referred to “J,” “K,” and “L” by marine scientists) cruise these waters from May through October. You won’t even need a boat to spot one if you head to Lime Kiln Point State Park. Nicknamed “Whale Watch Park,” the park contains granite bluffs that jut into very deep water, allowing orcas and other whales to swim remarkably close to shore.

The park is also home to an interpretive center and a historic lighthouse. Lime Kiln inspired the nonprofit organization The Whale Trail, which identifies a network of whale-watching sites along the Pacific Coast from British Columbia to California. If you prefer to see the mammals up-close in their natural habitat on a whale-watching boat tour, the San Juan Visitors Bureau lists a variety of operators.

Another popular whale-watching site just north of San Juan Island is Telegraph Cove on Vancouver Island’s northeastern coast. Listed on “The Whale Trail,” the cold currents that run through the Johnstone Strait and the Broughton Archipelago create one of the world’s most biodiverse marine ecosystems. Roughly 250 northern resident orcas return to this area annually from May to October in search of their favorite food, salmon.A species of orca known as a transient or Bigg’s killer whale prefers to eat smaller marine mammals over fish, and often hunts in the area, seeking the many dolphins, porpoises, and Steller sea lions (the world’s largest species of sea lion) that live here.

Humpback and minke whales also migrate through these waters. The small town of Telegraph Cove boasts a boardwalk, a Whale Interpretive Center, accommodations, and multiple whale-watching boat and kayak excursions. Once you’ve had your fill of marine life sightings, you can also take a viewing tour hosted by the Knight Inlet Lodge to see grizzly bears that inhabit the island.

Tourists aren’t the only ones who flock to these warm, tropical islands during winter — thousands of humpback whales migrate from their chilly Alaskan feeding grounds to Hawaii’s shallow waters to breed and raise their young from November through April. Five separate areas surrounding Hawaii’s six primary islands comprise the Hawaiian Islands Humpback Whale National Marine Sanctuary, plus two visitor centers (one on Maui and one on Kauai) provide opportunities to learn about these magnificent creatures.

These migratory humpback whales, known as “kohola” in Hawaiian, play a significant role in native Hawaiian culture, partly because the whales are born in Hawaii and return home every winter. Despite their immense size (40 to 45 feet long), humpbacks are surprisingly acrobatic and will breach 45 to 50 feet into the air and land with an enormous splash. You can see humpbacks from many shore locations, particularly on Maui, Moloka’i, and Lanai, as they swim in the waters between the three islands. Boat excursions operate from all of the major islands, and some offer kayaking excursions.

If seeing an outstanding variety of whales in one area is high on your list, head to the waters around this peninsula surrounded by the Pacific on one side and the Sea of Cortez (a UNESCO World Heritage Site) on the other. From December through April, whale sharks, humpbacks, orcas, Bryde’s whales, blue whales, minke whales, sperm whales, sei whales, fin whales, and gray whales swim in the warm water offshore, offering many opportunities for sightings. Many species breed and give birth in the area, including humpback, gray, and blue whales.

To see massive blue whales, book day-trips aboard small, open-air boats known as pangas from the town of Loreto and sail into the Bay of Loreto National Marine Park during February and early March. Sea kayaking is also an excellent way to get close to these gentle giants. Gray whales socialize, mate, and give birth in three protected lagoons: Magdalena Bay, Laguna Ojo de Liebre (also known as “Scammon’s Lagoon”), and San Ignacio Lagoon. The Mexican government has stringent laws protecting these lagoons, so you can only whale-watch with licensed operators. Gray whales are known to be friendly toward people, often approaching boats and even allowing their newborn calves to inspect visitors.

Southern right whales are the main attraction in the town of Hermanus, particularly in Walker Bay along the Western Cape, where they migrate from Antarctica to breed and calve from June through November. Multiple spots along the bay’s border offer excellent viewing from land, and you might even catch glimpses of the whales frolicking from waterfront restaurants and hotels. Hermanus even has an official “whale crier” who patrols popular whale-watching spots and blows a horn when he spots whales.

Mirissa is a picturesque resort town situated on the southern tip of the island nation of Sri Lanka. The beautiful beaches and nightlife attract visitors, but massive blue whales are the star attraction between November and April. Sperm, Bryde’s, and fin whales, plus dolphins, orcas, and turtles also inhabit the area. The continental shelf drops off quickly here, creating deep water that brings the mammals close to shore.

Whale-watching boat tours in the area typically last between two and five hours, and you can even book a tour with the Sri Lankan navy. Keep in mind that the water can be rough, so it’s wise to choose a bigger boat that offers more stability. Be wary of tour operators who promise to get very close to the animals — the Sri Lankan government has established protocols that require whale-watching vessels to remain at least 328 feet away with engines switched off.

Gray whales migrate through the region from December through May, and blue whales tend to be visible from May through October. Orcas also frequent the waters in the spring and fall, particularly mammal-eating transient orcas that come to hunt sea lions, seals, porpoises, dolphins, and whale calves. You can sometimes spot the whales from shore, but your best opportunity to see the sea mammals is via a boat tour. Multiple operators offer tours from marinas along Monterey Bay.

Scotland might be well-known for its medieval castles, but the biodiverse waters surrounding the country’s many islands, such as those within the Orkney and Shetland archipelagos, attract numerous whale and dolphin species. From April through October, migrating minke whales arrive, particularly off the Isle of Mull, where you can frequently spot them from land.

Orcas are commonly spotted off of the Orkney and Shetland islands year-round. Humpbacks, pilot whales, sperm whales, fin whales, and sei whales also migrate through the area, and basking sharks, porpoises, seals, and spectacular seabirds also call the islands home. Your chances of seeing whales are best during summer on one of the numerous boat tours.

New Zealand offers some of the world’s most breathtaking scenery above water, but the nutrient-rich waters surrounding this island nation offer fantastic whale-watching opportunities. A deep underwater canyon lies just off the town of Kaikōura on the South Island, which creates a sea current loaded with marine life. Orcas, sperm whales, and Bryde’s whales are year-round residents, and humpbacks and southern right whales arrive from June to August.

The most common sightings are sperm whales, the world’s largest toothed whales with enormous heads that can grow to 65 feet long. Various seal and dolphin species also live in the area, including the high-spirited Dusky dolphin. Whale Watch Kaikōura is the primary boat operator, and you can also book sea kayak and helicopter tours.