Founded in 1701 by French colonists, Detroit earned the nickname “Motor City” in the early 20th century, after Henry Ford revolutionized the auto industry there with the invention of the assembly line. Detroit’s rapid industrialization turned the Michigan metropolis into a hot spot for both entrepreneurs and blue-collar workers, as the population boomed between 1900 and 1930.

As a result, Detroit is home to beautiful, historic buildings reminiscent of the city’s heyday, back when Motor City was flowing with prohibited liquor and roaring with jazz. Fast-forward 100 years, following a downturn and a subsequent revitalization, and Detroit is now home to world-class art, innovative food, and good music. Here’s what to do while you’re there.

Test your knowledge!
Where is this mountainous desert?

Although Detroit has plenty of excellent neighborhoods to choose from, downtown has easy access to restaurants, entertainment, and attractions. For an opportunity to stay in a real firehouse, the Detroit Foundation Hotel is housed in the historic Detroit Fire Department building, offering luxurious rooms with special touches by local artisans. Also downtown is the Siren Hotel, located in the historic Wurlitzer Building where pianos, organs, and jukeboxes were made, featuring eclectic rooms with contemporary bunk beds and a pink cocktail lounge appropriately called the Candy Bar.

If you prefer renting an apartment, renovated lofts are readily available and provide a chance to experience the industrial-chic style that defines Detroit. For easy access to the Detroit Riverwalk, which offers views across the Detroit River all the way to Canada, this Airbnb apartment is in a great location, while this Airbnb loft is only a quick walk to one of the city’s most popular neighborhoods.

For lovers of the arts, Detroit offers no shortage of history museums, art exhibits, and historic architecture. The Detroit Institute of the Arts is an exceptional institution offering a wide variety of classic, modern, and contemporary works, with exhibitions ranging from impressionist paintings by van Gogh to Indigenous, Asian, and African pottery and textiles.

To take in Detroit’s contemporary art scene, Murals in the Market is an art walk featuring incredible murals painted by professional street artists. It's located near the Eastern Market, a historic district named after the 19th-century open-air farmer’s market selling everything from the city’s beloved Coney Island hot dogs to handmade jewelry and trinkets each Saturday. Not far from the Eastern Market, The Belt is a renovated alleyway in the former garment district that showcases modern art installations and large-scale murals by artists from around the world.

In Detroit, the past is always present — an aspect evident from the city’s architectural landscape. To understand the magnitude of Detroit’s decadent history, stopping inside the Guardian Building is a must. With its lavish, art deco-style ceilings from the 1920s, the 36-story building is listed as a National Historic Landmark. The Fisher Building is another art deco landmark — the ornate skyscraper opened in 1928 and offers 365-degree views of downtown.

From James Beard nominees to tasty food trucks, Detroit’s culinary scene is hopping. For breakfast, the Clique Diner is a greasy spoon that has been a city staple for decades, serving classic diner fare in cozy booths. For brunch, Grand Trunk Pub has a wide selection of local craft brews to wash down unique entrées like corned beef egg rolls, breakfast enchiladas, and beer-battered grilled cheese. Since the restaurant is housed in a 20th-century converted railway station with high ceilings and dramatic chandeliers, dining in will make you feel like you’re reliving Detroit history.

Speaking of history, Buddy’s Pizza is a Detroit institution that claims to have invented Detroit-style pizza. Now a Michigan chain, the original Buddy’s pizzeria can be found downtown on Broadway Street. The iconic, square-shaped pizza has a crispy, light crust that comes from being baked in forged-steel pans — a tradition that started in 1946.

Other lunch options include Rocco’s Italian Deli (one of the best sandwiches in the city) or Avalon on Willis (known for its freshly baked bread). And Detroit 75 Kitchen has been rated one of the best food trucks in the country, famous for its hand-cut fries and Detroit-style Philly cheesesteak, featuring sweet pickled jalapeños and vinaigrette for a unique twist on the beef-and-cheese hoagie.

There are also endless options for dinner in Detroit, although reservations are often required. Named for a rum-running pirate who once docked along the Detroit River, the Grey Ghost is an artsy eatery with a menu that ranges from duck pot pie to gourmet cheeseburgers. For farm-to-table fare, Selden Standard sources many of its ingredients from Michigan farms, while Chartreuse, the multi-winner of the Restaurant of the Year Award on Yelp, is known for its stunning live plant wall. And as a James Beard semifinalist for Best Restaurant 2019, Marrow is a hybrid butcher shop/restaurant where seasonal sausages, grass-fed ground beef, and other cold-cuts are the stars of the show.

Located in the Detroit River between Michigan and Ontario, the Belle Isle Conservancy is one of the city’s undisputed gems. The 982-acre island is an oasis among Detroit’s urban landscape, with atriums and greenhouses filled with tropical plants, orchids, and cacti. It’s also home to a small aquarium and a 5.4-mile walking path that circumnavigates the island, favored by runners, walkers, and birdwatchers.

Visitors should also check out the Dequindre Cut Greenway, a short recreational pathway lined with street art. The 20-foot-wide pathway has separate lanes for walkers and cyclists and plenty of entrance ramps. Rent a bike from Wheelhouse Detroit and stop for a beer right off the path at Dequindre Cut Freight Yard, an outdoor bar, food hall, and pop-up retail space made of nine repurposed shipping containers.

For an afternoon of shopping, Cass Corridor has plenty of boutiques, bookstores, and apparel shops for browsing. Closer to the river, John K. King Books is another hidden gem. The massive book store sells new, used, and rare books, and wandering through the aisles is a blissful experience for any book lover.

Live music is an integral part of Detroit, the birthplace of Motown and a haunt for lively jazz performances. To watch live jazz, Cliff Bell’s is a legendary venue with multiple shows a week. The Dirty Dog Café also draws national jazz musicians but has no cover charge when a local musician is playing mid-week. Located downtown, Cafe D’mongo’s Speakeasy is another popular watering hole with live music and an affable vibe.

Located in The Belt, an animated alley in the heart of downtown, Deluxx Fluxx has live DJ music, arcade games, and glowing neon accents. The path is also home to upscale cocktail bars such as Standby and The Skip, which serve high-end cocktails and tropical drinks, respectively. For a late-night bar, Leland City Club has an industrial interior and is located in a historic hotel that is rumored to be haunted.

8 Popular Games Around the World 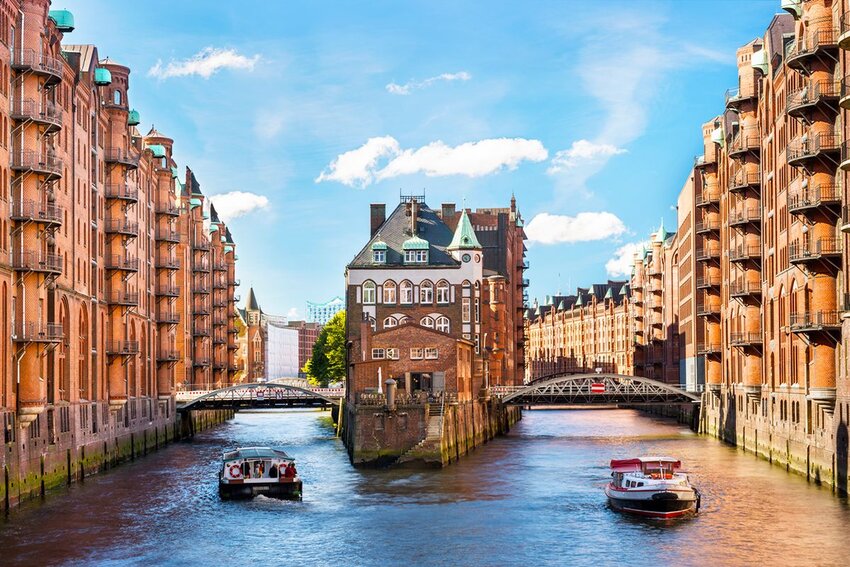 8 Popular Games Around the World