The United States is blessed with an astonishing number of roads — more than 4 million miles, according to the Federal Highway Administration. But for sheer scenery, it’s almost impossible to match the grandeur of southern Utah, an enormous example of how time (hundreds of millions of years) shapes a place. A geologist’s dream, southern Utah is also an adventure lover’s paradise and a bucket-list destination for archaeologists, historians, and hikers. Even if you rarely stray beyond the wheel of your car, you’ll experience an unforgettable road trip. Whether you have three days or three weeks, here are some must-see stops when exploring the region. 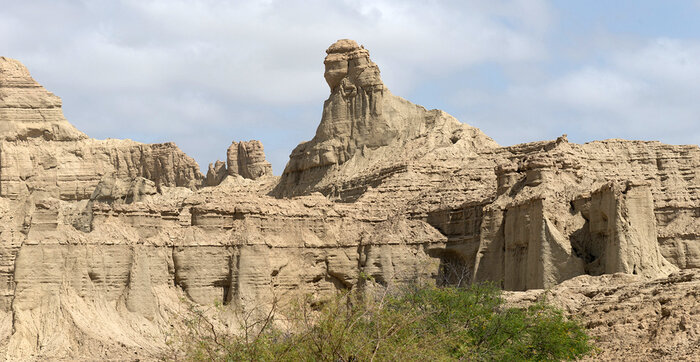 Southern Utah is as environmentally fragile as it is unbelievably beautiful, and in danger of being “loved to death” by visitors. Please follow the posted rules and regulations that will preserve it for future generations. In addition, the high desert can be harsh — and dangerous. Flash floods can appear without warning in a bone-dry river canyon. Plan ahead and don’t go into the backcountry without proper preparation, and avoid the hottest part of the day unless you’re sure you’ll have shade. Always bring layers, sunscreen, and plenty of water, and be sure to let someone know where you’re planning to explore.

Plenty of visitors make this city with a population of around 90,000 in southwestern Utah the first stop on a road trip through the state, and for good reason. Settled by Mormon pioneers in 1861, St. George is less than two hours from Las Vegas International Airport, making a pitstop at Nevada’s enchanting Valley of Fire State Park a worthwhile detour.

Once in St. George, pay a visit to the dinosaurs that roamed the region roughly 200 million years ago during the Early Jurassic Period. The St. George Dinosaur Discovery Site has thousands of fossilized footprints along with a number of full-sized replicas. To see tracks in the wild, get an early start (there’s absolutely no shade) and check out the footprints preserved at Dino Cliffs Trail, just outside of town.

Less than an hour’s drive from the south entrance, St. George is the gateway to Zion National Park, one of Utah’s “Mighty Five” that are nestled in the southern half of the state. As the third-most-visited national park in the country, Zion boasts showstopping trails such as Angel’s Landing — definitely not for the faint of heart — along with easier yet still scenic strolls like the one to Emerald Pools.

While Zion is understandably popular, it can also be overwhelmed with visitors. If you find yourself in the area on days when there are hours-long waits at the entrance, we’ll let you in on a secret: Snow Canyon State Park. With 16 miles of trails, stunning slot canyons, and hardly ever any snow (it’s named after settler Erastus Snow), the park is overshadowed by Zion, but no less scenic. The Greater Zion region has a ton of lodging options, from backcountry campsites and low-frills lodges, to swanky spa resorts and luxury glamping sites.

Hoodoo, who do you think you’re fooling? It’s an earworm, but once you lay eyes on Bryce Canyon National Park's incredible collection of hoodoos, you probably won’t mind. Who (or rather what) is a hoodoo? These red-rock columns were carved over 60 million years from erosion. Bryce boasts the largest number of hoodoos in the world, easily viewable from trails like the Fairyland Loop. Less athletically inclined or mobility-impaired visitors can enjoy the grandeur from a number of overlooks and ADA-accessible trails.

The high elevation and lack of light pollution make Bryce one of the best places on Earth for stargazing. Certified by the International Dark Sky Association, the park’s nightly displays are quite impressive; on a clear night the Andromeda Galaxy is visible — from 2.5 million light years away! Unfortunately, that’s approximately the distance from parking in Bryce on particularly crowded days. In high season, a totally free shuttle runs a circuit to the park’s most popular overlooks and trails: Take advantage of it!

If you like your hoodoos viewed from bottom up instead of from above, head to nearby Kodachrome Basin State Park. As colorful as the film it was named for, Kodachrome lets you get up close and personal with hoodoos from the canyon floor, and you can explore the area by foot, mountain bike, or horseback.
You’ll find lots of lodging in the town of Bryce and in surrounding towns such as Tropic. If you can, book a room at Bryce’s historic lodge, which was built in 1925. For some of the finest dining in the area, hit the Stone Hearth Grille for a mouthwatering steak.

Utah’s Scenic Byway 12 is 122 miles of some of the most beautiful scenery in the nation, and carries on after Bryce to the magnificent vistas of the actual “stairs” in Grand Staircase–Escalante National Monument, just past the hamlet of Henrieville. Covering more than 1 million acres, the area is wild, rugged, and mostly inaccessible unless you’re on foot.

If you want to get at least a small sample of Grand Staircase — and you should — make the 6.7-mile trek to Lower Calf Creek Falls and enjoy the refreshing waterfall, the lush greenery, and the ancient petroglyphs on the golden canyon walls. Afterward, retire at the retro Yonder Escalante RV Park. Classic films (and classic cars) are still in fashion at Yonder’s old drive-in, and you can slumber in a vintage Airstream trailer after relaxing in the sparkling pool.

Carry on towards Capitol Reef National Park, making an absolutely essential stop at Kiva Koffeehouse along the way. Climb the “Hogback” between Escalante and Boulder, as the road threads along hairpin turns between dramatic drops to the canyons below. At Torrey, the scenic byway ends, but the scenery doesn’t. You’re entering Capitol Reef, a 100-mile-long geologic wonder of crimson cliffs, sandstone domes, and remote canyons.

Here you have a choice, depending on your schedule. Return along the glorious route that got you here, or continue up Highway 24 until you reach Moab. The three-plus-hour route is largely deserted, so get snacks, water, and plenty of fuel before you set off.

A thousand words can’t adequately describe Moab, so blessed with natural beauty that its rocks are probably red because they’re blushing. Three parks (two national and one state) are right in Moab’s backyard, along with enough outdoor adventures to make adrenaline junkies beg for mercy. Arches National Park should not be missed, but if you’re pressed for time you can easily experience some of its enchantment over the course of a fairly brief drive.

Just as worthy and far less-crowded is Dead Horse Point State Park, a dramatic desert landscape overlooking the Colorado River and Canyonlands, with inky black skies and miles of trails. Sunrise and sunset are particularly stunning here, and the canyon walls glow like watercolors. Save the most time for Canyonlands National Park, with looming red cliffs and a network of 40 trails that stretch from one to 45 miles. (You can raft on the river, too.) Four districts (Island in the Sky, The Needles, The Maze, and The Rivers) stretch over 300,000 beautiful acres.

Lodging and dining choices are as plentiful as the scenery in Moab’s vibrant downtown. Funky Lazy Lizard is the self-proclaimed “cheapest hostel in the U.S.,” but reliable options (Homewood Suites) and upscale offerings (Sorrel River Ranch) are plentiful, too. When you’re hungry after all your adventures, dig into a perfect burger at Milt’s Stop and Eat or award-winning fare at the elegant Desert Bistro.